Latest News
Home /This Is How Becoming A Father Transformed Me 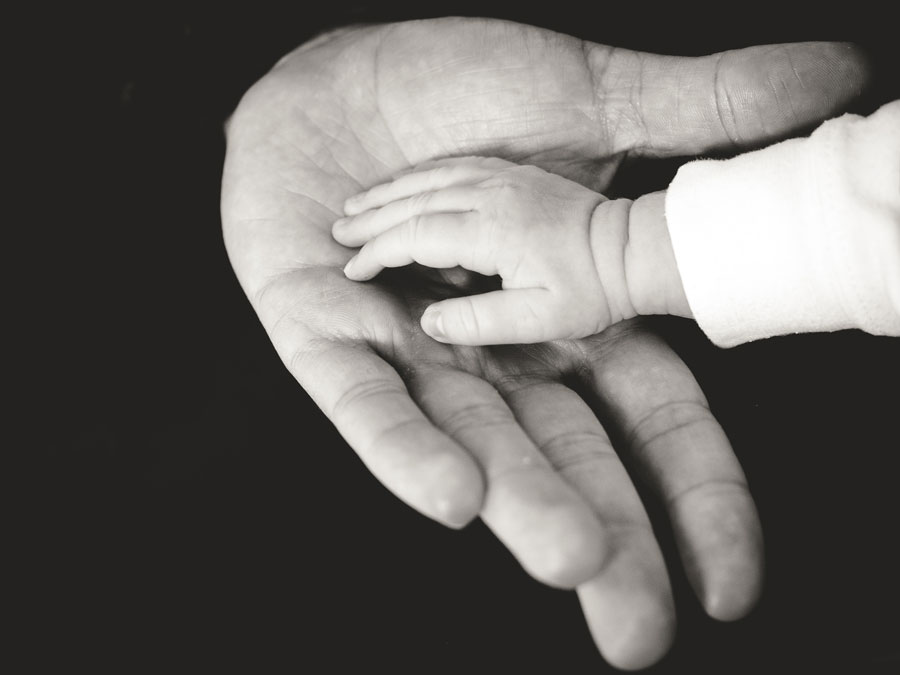 I’m 41 years old and have a 2-year-old son. Relatively speaking, I’m a little late to the parenting game. Until a few years ago, I had no interest in having children whatsoever. I had lived in an intense intentional spiritual community for 14 years that suited my inclinations.

I didn’t understand the value of devoting so much of my energy to one (or more) select human beings when there was so many in the world who needed attention and care.

Frankly, it seemed selfish. Obviously, since then I’ve changed my view dramatically. I want to share with you why being a parent has been one of the most ongoing spiritually inspiring experiences of my life.

In 2013, this spiritual community where I lived my 20s and most of my 30s came to a sudden demise. I wrote a post how my entire life became upended and meditation helped me heal and find my way. As my wife and I (we met and married in this community) were discovering a new direction for our lives, the question of having children came up.

We felt we had to decide soon, as we were both approaching 40 fast.

An aspect of my spiritual training and education is that while the truth of who we are is found inside us, the grandeur of existence is found between us through the inner space we share in relationship.

I came to the conclusion that even if I gave my life to helping countless others, I would never know another person to the profound depth one could by raising them as a parent. My wife and I decided that we wanted to embark on that epic journey with whoever the Universe destined it to be.

While I was 100% committed to this journey, I was haunted by my own experience coming into this world as a young person. My father and I had a stressful and combative relationship, to say the least. It’s only been in the past few years that we’ve found a way beyond decades of turmoil to a kind of peace and friendship.

We learned a few months into my wife’s pregnancy that our baby was a boy. I became terrified at the prospect of reliving the painful battle with my son that my father and I endured for so long.

I had so much anger towards my father that it seemed entirely plausible to me that our unresolved issues would find their way through fractures in my psyche into how I related to my son.

After much soul searching, I arrived to a perspective where the best thing I could do for my son as his father was to live with my spiritual heart burning as brightly as possible. Practically speaking, this meant pouring myself into my meditation, journaling, and running practices with a renewed inspiration and vigor.

My son was born on March 19, 2015: my wife’s 41st birthday. We named him Mozen, after my mother’s father. Holding his tiny body, I became more determined than ever to maintain a fiery connection to my spirit for the sake of our relationship and to nurture his growth.

Later that year, on my 40th birthday, I went on a 5 night solo retreat at a beautiful monastery in Vermont to establish a vision to guide the next decade of my life.

I woke up in the middle of one of those nights during the retreat fully alert. I sat up in my bed, engulfed by the pitch darkness of the countryside forest. Suddenly the word rang inside me: FATHER.

It seemed to come from the structural archetype itself; the space reserved within a soul to be inhabited by who comes along to take up that primary role. It hit me like a boom of thunder that I am that person who will forever reside in Mozen.

My fears and insecurities from my father dwarfed in light of this responsibility to bring as much goodness as I could into Mozen’s depths. And no matter what I thought of my father, I accepted we were in an irrevocable perennial bond.

My life transformed after this solo retreat in almost every aspect, including my relationship with Mozen. These past 2 years have been filled by a burgeoning joy with the force of an accelerating aircraft carrier.

Very recently, I went on a life-altering shamanic retreat. It was like going through a kind of cosmic soul assessment. At one point, it was deep into the night and my love for Mozen was a recurring theme. And similar to the moment on my solo retreat 2 years earlier, a word sang in me: SON.

A new archetype awoke in me and I realized I was tapping into a love that was not mine alone but to time immemorial.

Our children may never realize how much we love them and the journey we have taken to meet them. I saw in a single continuum how Mozen could not see the long path I took before him, and I would never fully know the miles my father walked to bring me here.

Through this insight, compassion welled in my heart for my father.

Earlier this year, after I returned from a long business trip, I took Mozen to a magnificent arboretum near our home in Boston on a sunny and cool spring day. At one point, we were both running together and laughing.

I was clearly having as much fun as he was, if not more. We were both simply happy to be in this life together. I was blessed with the knowledge that the joy we were feeling extended far beyond that moment—it was nourishing our future, and perhaps even healing the past.

I was lifted into a transcendent and nonlinear peace. Come what may, I knew I was doing right by my son as his father.

This post is dedicated to my wife Diane Bensel, who encouraged me to write this.

Girls, You’re Allowed To Be…

Your Toxic Love Taught Me…

Your Biggest Relationship Strength, Based…

When You’re The Girl Who…

Time To Spill The Tea:…

Exactly What To Expect From…

The Best Way To Keep…

The Laws Of (Constant) Motion